Drivers who want a car that stands out from the crowd in terms of aesthetics need look no further than the 2014 Nissan Juke, with the word "fun" stitched all over its suede seats and glossy piano-black plastic cabin. The 6-speed manual transmission (in either AWD or FWD) racer seems to have specifically designed for car fans looking for something different, with non-traditional rear door handle placement, eye-popping turn indicators popping out of a powerfully-sculpted hood and raised bottom clearance that can hop and pop over bumps, potholes and steep driveways. 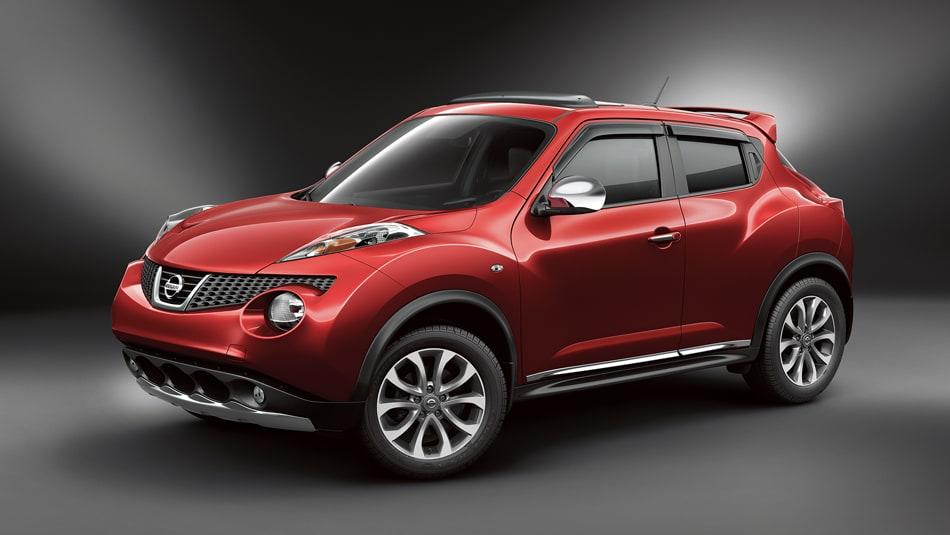 The 2014 Nissan Juke is a little rocket disguised in a playful exterior, with fun, sculpted lines technically making it a hatchback. But its oddball looks-how does a car this round and smooth still retain such a strong sense of athleticism?-make it look a pure grownup, yet fun, car that the Beetle always seemed to fall short of. Although the 17" 5-spoke aluminum alloy wheels aren't the biggest on the market, they look monster-sized on the Juke's compact, bouncy frame. The rear windows are squared off, making for easy-to-see blind spots on either side. And with inverted checkmark taillamps, sleekly arched hood lamps and googly headlights, Nissan has cleverly avoided a stubby-looking design at both ends.

It may not look it, with its easychair-comfortable sport bucket seats, but the Juke is built for fast speeds and thrilling rides. On the FWD model, there's hidden cargo space in the back that you rarely see in sporty cars, with a slick centre console modeled after Italian bicycles. But once you look at the front of the interior, you'll start to see why this car is less hatchback and more fierce competitor: the racing-like gauge is high-tech but easy to follow, giving drivers an instant sense of competing for gold. And if you ever find yourself sitting in the Juke with nowhere to go, plug in your iPod to the fully-integrated sound system for a mini concert inside.

Newbies who step inside the 2014 Nissan Juke for the first time will be blown away-literally-by the force of the engine, itching to roar at the drop of a hat.

With a car that's so intentionally built for high speeds, tight turns and thrilling rides, safety has had to be a top priority for the 2014 Nissan Juke. Luckily, all the features are there to both bring you peace of mind and keep you protected. In case of slippery, wet, sticky, icy, foggy or any condition that's not sunny and dry, the Juke's Electronic Stability Control (ESC), ABS and Driveline Traction Control are ready to keep your tires firmly tied to the ground. But sometimes an object or another vehicle isn't built as safely as the Juke, in which case, the sporty little hatchback will watch over you with multiple airbags (dual stage driver, passenger front, curtain first and second row), an airbag occupancy sensor, side impact beams and low tire pressure warning-everything you need to relax for the turbo-charged ride of your life.

There's a bit of competition from all corners of the ring, with the 2014 Nissan Juke feeling the Mini Countryman John Cooper Works and Buick Encore breathing down its sporty little neck. 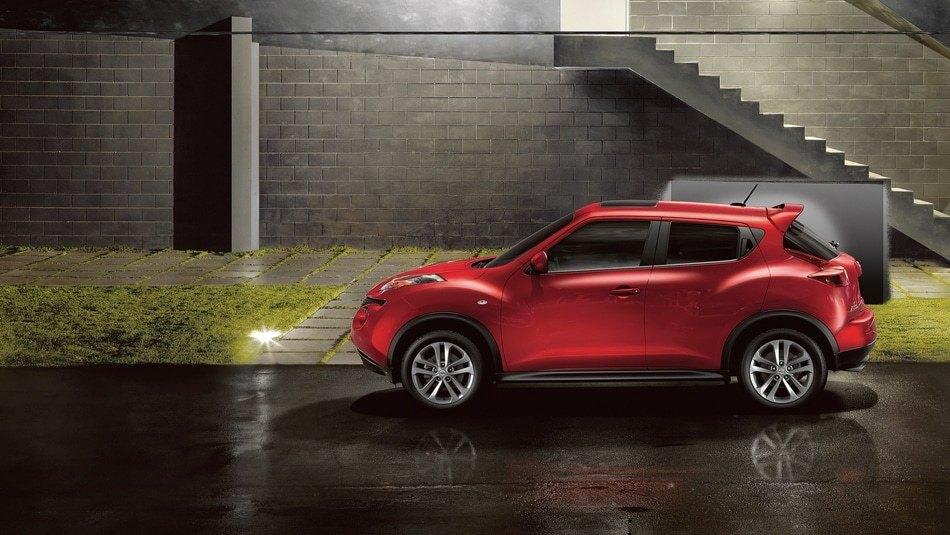 The 2014 Nissan Juke is equipped to handle high speeds, tight turns and is a thrilling ride. This car has so much character it is sure to turn heads. It comes with plenty of features to keep you safe, as well as a RearView Monitor and all access hidden cargo space. Come test drive the 2014 Nissan Juke at Royal Oak Nissan.