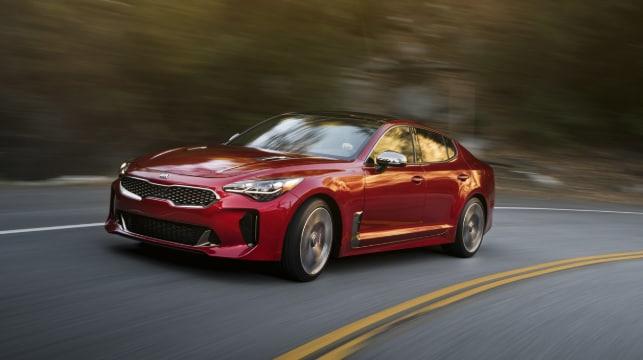 When it comes to German versus Japanese
automotive superiority, Germany is typically believed to be the leader in this
race. But is it actually true or have buyers just been told for so long that in
the land of the Autobahn and Oktoberfest, Germans deliver the high-end,
high-performing machinery the world's elite seek to own? Are they merely
experts at branding? There's no doubt this European country that prizes engineering,
technology, and craftsmanship produces quality vehicles - they have to live up
to the pressure of a highway system that doesn't have a maximum speed limit
after all. The real question is, have other countries, Japan in particular, met
or exceeded the German automotive bar, so to speak, with vehicles that are more
reliable and not as damaging to most people's wallets?

It is true the Germans, well, Karl Benz
actually, patented the first combustible engine and vehicle with that engine
back in the late 1800s, but a lot has changed in the 130-plus years since then,
hasn't it? Brands such as Mercedes-Benz, BMW, Audi, and Porsche are well-known
as luxury brands for wealthier consumers, a status symbol of their success. But
what about the majority of automotive buyers? The cost of a vehicle is
substantial so purchasing one that will last longer and require fewer repairs
was a market waiting to be captured and Japan did this very successfully, becoming
one of the world's top three automotive-producing countries with brands like
Nissan, Toyota, and Honda.

Japanese bring quality control and reliability to the world stage

In the 1970s, these Japanese automakers began
manufacturing vehicles that lasted a long time and mainly just required basic
maintenance to keep running. While their designs back then didn't include a
bunch of bells and whistles or big, powerful engines, and their compact size
was daunting for people used to autos roughly the size of small boats, the
Japanese used a frugal mentality to build vehicles that were efficient and
reliable. They became known for their manufacturing quality control and
unquestionable value, and their vehicles became very popular over time because of
it.

As technological advancement in safety,
performance, convenience, comfort, and quality have progressed, Japanese
automakers are now producing vehicles comparable to those from Germany while
still retaining their reliability status that made them so popular in the first
place.

Nissan is one of the Japanese auto manufacturers
leading the way with vehicles that put safety first, maximize performance while
elevating efficiency, create a comfortable, luxurious riding experience from
the inside out, and excel at exterior design intended to engage even the most
faithful auto enthusiast.

When it comes to safety, Nissan offers their
Intelligent Safety Shield Technologies to keep its vehicle owners better
equipped and protected while navigating streets and highways. Normally a
feature reserved for luxury brands, six of Nissan's models now come standard
equipped with Automatic Emergency Braking. AEB utilizes radar to monitor the
vehicle's proximity to the vehicle ahead and issues a warning if a potential
collision is possible. If the brakes are not applied, the AEB system can apply
them to avoid an accident. Nissan vehicles that now include AEB are the 2018 Altima, 2018 LEAF, 2018 Rogue Sport, 2018 Rogue, 2018 Murano, and 2018 Pathfinder.

Other features that are part of Nissan's
Intelligent Safety Shield Technologies include:

Probably the closest German line in terms of
price point to Nissan is Volkswagen. Amid their emissions scandal and huge
recalls, Volkswagens are still known as a performance vehicle. Probably the
most reliable in the VW line is the Golf. The Passat has mixed reviews in terms
of reliability, citing engine failure as a factor, the same issue in some of
their other models as well. Another downfall in reliability for Volkswagen is
technology. While cutting-edge technology can be exciting, and Volkswagen
utilizes it fully, the potential for failure can be higher until new technology
is further tested.

Similar Nissan vehicles to Volkswagen's Golf,
Passat, and Tiguan would be the ever-popular Sentra or Versa Note, the Altima or Maxima, and the Rogue or Pathfinder, respectively. Many of Nissan's
models find themselves in the top 10 best buy, safety, or reliability lists
every year.

Nissan's luxury vehicle division, Infinity, puts
the Japanese automaker on the same playing field as Germany's more prestigious
automotive lines in terms of performance and style, but Infinity comes with
Nissan's legacy and attention to reliability, as well as value.

Whether it's time to upgrade your current Nissan
ride or you want to experience first-hand the enhanced reliability,
performance, safety, comfort, and convenience Nissan delivers to the automotive
market, contact
Royal Oak Nissan in Calgary to get started.

Schedule a test drive online or complete many of the initial
purchasing steps in the comfort of your own home, including finance pre-approval and estimating what your payment will be to make sure it will fit in your budget. When
you're ready, head to the dealership to choose the Nissan best suited to your
lifestyle needs.