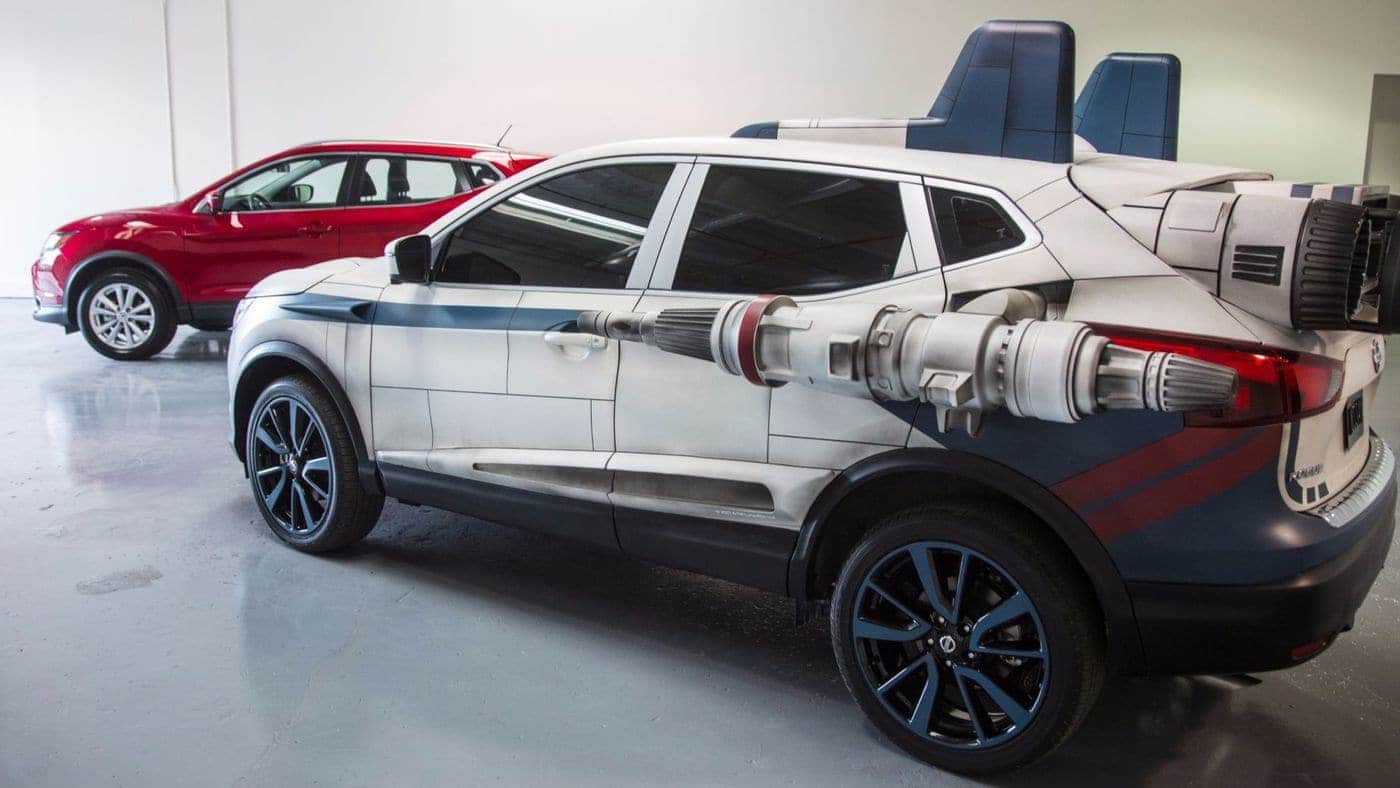 Nissan has teamed up with Lucasfilm to showcase the
self-driving technology behind a number of their 2018 models, like the Rogue
and the Titan.

Nissan has developed a suite of driver-oriented technologies
that are all engineered to offer more confidence, less stress and pure exhilaration
when it comes to the driving experience.

Intelligent Mobility is the philosophy behind these innovative
upgrades that include the precursors to autonomous and self-driving systems.
While there might be a few years between the capabilities of the 2018 Nissan
models and the Nissan model that can pick someone up from their doorstep, the
latest models are starting to show signs of being able to do some advanced
"thinking."

For 2018, automatic emergency braking will be standard on most
models, and steering and braking functions during highway travel are possible
in the models that feature ProPILOT Assist.

ProPILOT Assist can be found on the 2018 Leaf and the 2018
Rogue where it makes single lane highway driving less stressful by offering
automated steering, braking and acceleration.

The concept behind ProPILOT Assist is that highway driving,
especially in stop-and-go traffic, can be taxing, which makes commuting
unpleasant. The ProPILOT Assist system uses image processing technology to read
the road and traffic, which allows the vehicle to execute braking when in heavy
traffic, acceleration when the road is clear and steering when on the curves of
a road. The system is easy to engage and disengage with a press of a button on
the steering wheel.

This is where Nissan and Star Wars come
in.

Since the idea of self-driving vehicles is foreign to most and
not an easy one to grasp, Nissan asked Lucasfilms to help them explain it, and
Lucasfilm complied by turning seven Nissan models into concept cars based on Star Wars: The Last Jedi.

While Star Wars talks
of force fields and drones, Nissan talks of safety shields and radar, which
includes safety features under their driver-assist technologies.

By combining radar technology with other sensors and cameras,
the new Nissan's can detect the proximity of
other vehicles and alert the driver to the possibility of a collision. If the
driver does not react, the autonomous braking takes over and stops the vehicle.

Other features of the safety shield include the ability to
monitor the conditions of the vehicle, such as the tire pressure, to the
driver's alertness. The vehicle can tell the driver when they need to take a
break and will illuminate a cup of coffee on the dash as a reminder.

The Altima sedan, Maxima sedan, two Rogues and the Titan were
all selected to become characters from the latest Star Wars movie.

The Nissan Design Team worked with Lucasfilm and Industrial
Light & Magic to create "reimagined" vehicles that represented
the characteristics of the films' characters.

Kylo Ren became a Maxima sedan when the team added a red
underside lighting system that pulsed like the lightsabre he carries, and the
single block of milled aluminum became his mask. The Storm Trooper and BB-8 are
all easily recognizable, as

As cool as these concept models are, they are not for sale and
can only be found at events like the Detroit Auto Show.